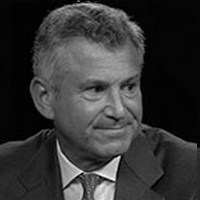 Prior to Vestar, Rosner was a member of the management buyout group of The First Boston Corporation, where he worked with other members of the firm’s founding team before leaving to launch Vestar Capital Partners. He holds an MBA from The Wharton School of the University of Pennsylvania and a B.A. in economics from Trinity College.