President & COO of The Carlyle Group 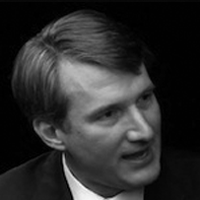 Glenn Youngkin is a Managing Director, Chief Operating Officer of Carlyle and serves on Carlyle’s Management Committee. He is based in Washington, DC.

From October 2010 until March 2011, Mr. Youngkin served as Carlyle’s interim principal financial officer. From 2005 to 2008, Mr. Youngkin was the Global Head of the Industrial Sector investment team. From 2000 to 2005, Mr. Youngkin led Carlyle’s buyout activities in the United Kingdom and from 1995 to 2000, he was a member of the U.S. buyout team. Prior to joining Carlyle in 1995, Mr. Youngkin was a management consultant with McKinsey & Company and he also previously worked in the investment banking group at CS First Boston.

Mr. Youngkin received a B.S. in mechanical engineering and a B.A. in managerial studies from Rice University and an M.B.A. from the Harvard Business School, where he was a Baker Scholar.