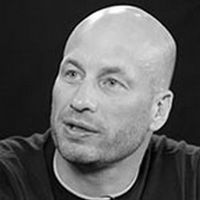 Jeff Fagnan is a partner in the technology group of Atlas Venture and focuses on emerging companies in enterprise and Internet infrastructure. Jeff incubated Bit9, angel funded and seeded AngelList, and co-founded Abine and Veracode.  Jeff sits on the board of DataXu, Gizmox, Grockit, Hopper, Kalido, and Skillz and has been instrumental in developing many portfolio companies’ initial business plans and go-to-market strategies.  Prior to joining Atlas in 2004, Jeff was a partner with Seed Capital Partners where he focused on spinning innovation out of MIT and Harvard.

Jeff is founder and president of TUGG (Technology Underwriting Greater Good), a non-profit foundation harnessing “crowd-sourced philanthropy” to catalyze social innovation in New England.  Jeff was also a founder of Koffee for Kids, a non-profit company in Rochester, New York.  In 2012, Jeff was voted to the “Power 50″ list of most influential Bostonians in the Boston Business Journal and was also named to its “40 under 40″ list in 2009. Jeff received an MBA, with distinction, from the William E. Simon Graduate School of Business at the University of Rochester, and a BS from the University of Alaska.